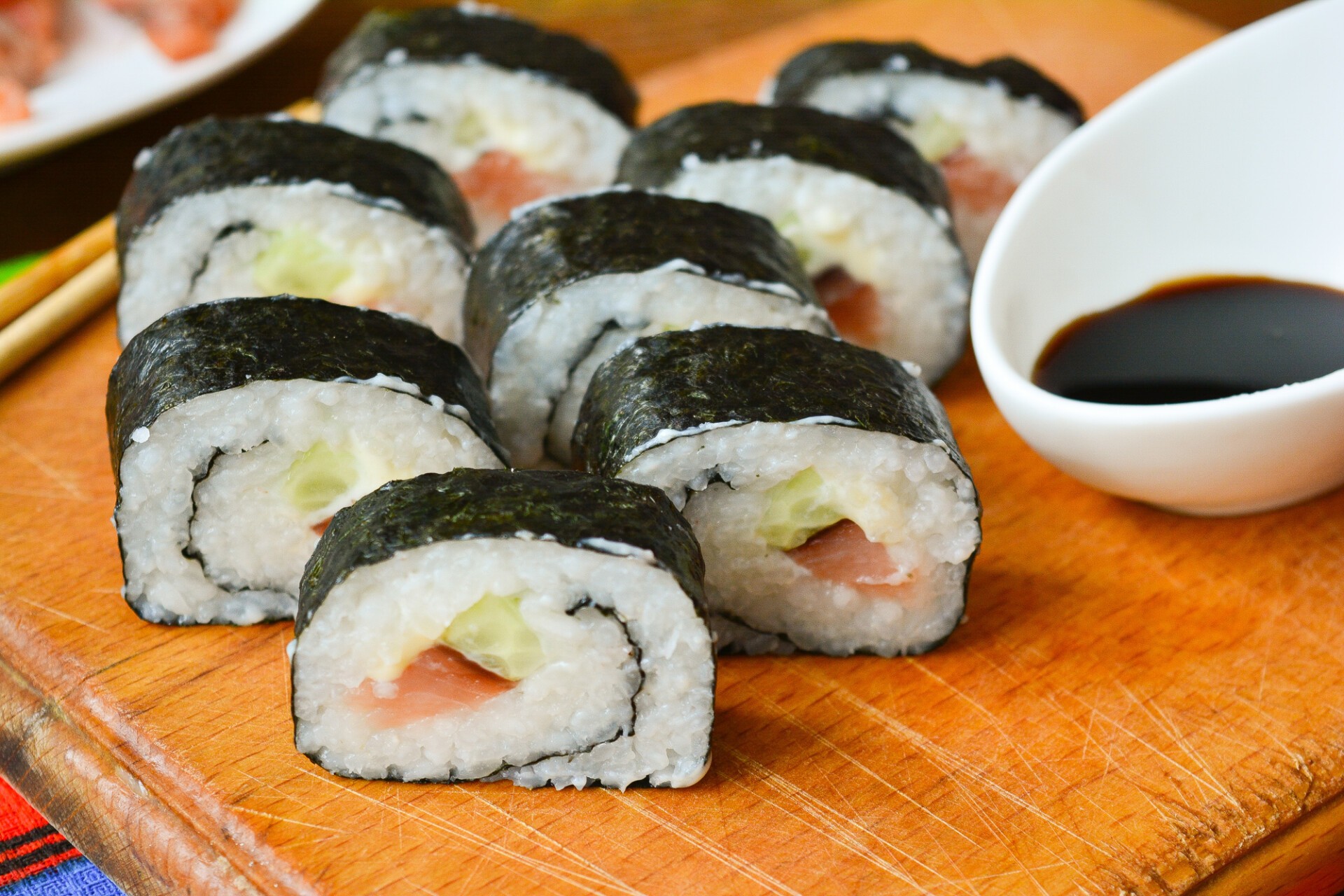 Before any apprentice of sushi or other Japanese food may stand in front of the cutting board, they must first master supporting chores such as perfecting sushi rice, selecting and purchasing fresh fish, grating ginger and preparing other vital ingredients.

Once the apprentice has learned these skills to a high level, he or she may be assigned the responsibility of preparing take-out sushi orders.

The trainee will be promoted to sushi chef once the sushi master is satisfied that they can handle all tasks associated with producing fresh sushi in a restaurant. This learning process can take anywhere from 10 to 15 years. Let’s take a look at the top five facts that all beginners ought to know.

2. Have You Finished Your Meal? Make Sure Your Table Isn’t Messy

When you’ve finished your Japanese supper, re-arrange the table so that all of the dishes are in the same order as they were served.

This also implies that all lids on dishes and bowls should be replaced. Also, gather all used tissues (preferably only one) and arrange them on your table in an orderly manner. It’s also a good idea to avoid putting your used chopsticks on your plate or bowl. Rather, put them on a chopstick rest, also known as hashioki.

If you don’t have one, re-wrap the chopsticks in the paper wrap and fold the top part to indicate that they’ve been used.

3. It’s All About Simplicity

Japanese dishes are frequently made up of simply a few ingredients that are mostly fresh and flavorful. As a result, selecting high-quality ingredients is an important aspect of the cooking process. Simple cooking techniques are used by Japanese chefs to bring out the natural colours and flavours of the ingredients they use.

It’s incredible how they can prepare such delectable meals with such basic items as rice, salmon, seaweed, and noodles.

4. Sashimi Doesn’t Always Have to Be Fish

Sashimi, thinly sliced raw fish or meat, is one of the most popular dishes in Japanese cuisine. While the majority of sashimi is made up of fish, such as tuna and salmon, various meats can also be eaten raw. Beef is the most common form of meat used in sashimi, but horse and deer are also popular.

5. Sushi Rice Should Not Be Dipped In Soy Sauce.

It’s vital to be delicate when dipping your sushi in soy sauce so that the soy sauce doesn’t overshadow the flavours of the sushi. Sushi rice should not be dipped in soy sauce because it should preserve its beautiful sticky texture. Instead, dip other pieces of the sushi. 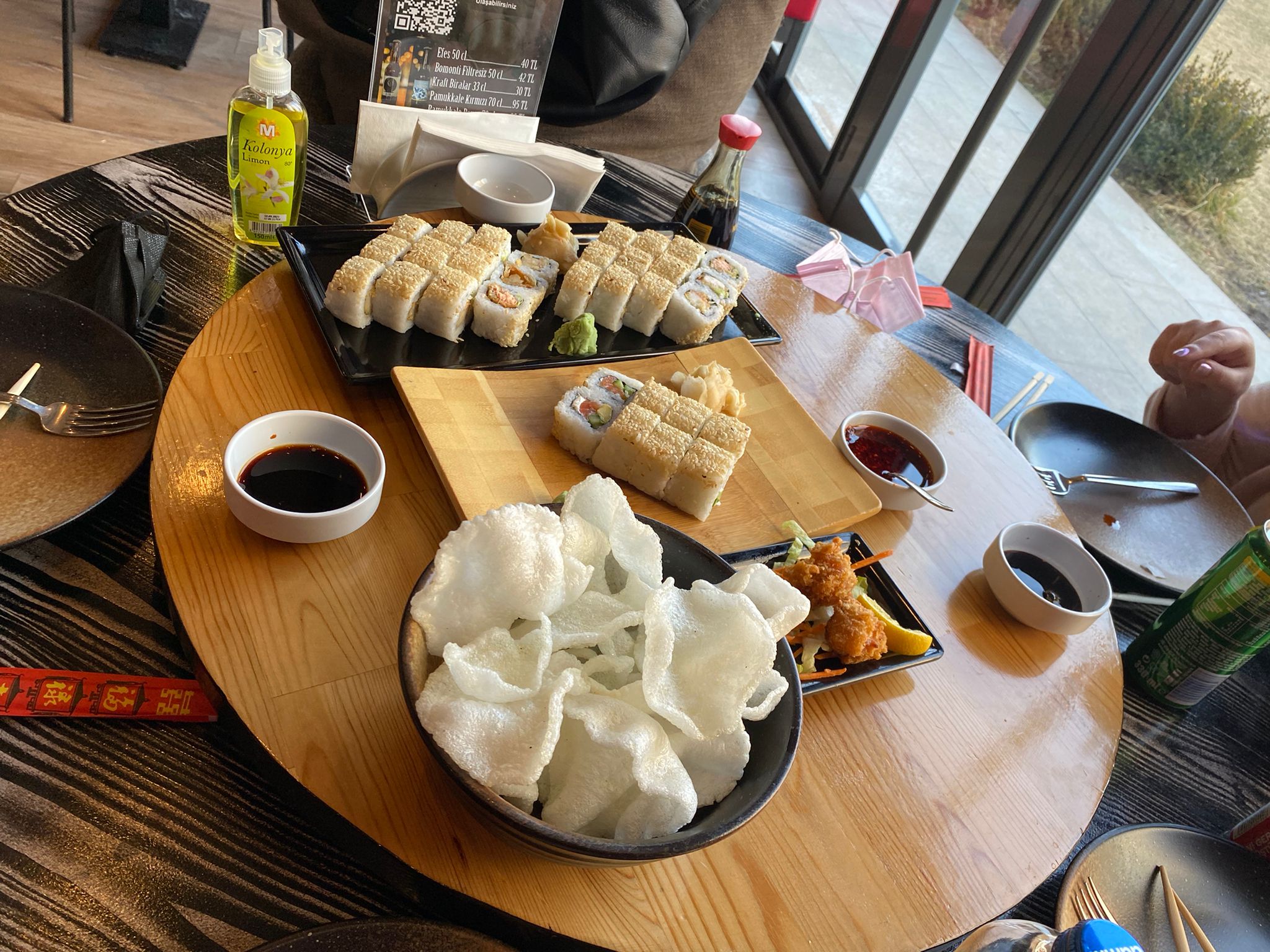 In Japanese cuisine, noodles are frequently utilized, as they are in most other Asian cuisines. Kids love noodles kids in Japan are used to them being a part of the Japanese diet.

A number of dishes that kids enjoy in Japan are as follows:

gentry (really thin noodles which are made of wheat flour)

Smin champur isoriginally from Okinawa, these is thin noodles that are stirred then fried with green onions and sometimes pork meat

Because Japan is surrounded by water, there is an abundance of seafood, which is a staple of Japanese cuisine.

Sushi is a Japanese cuisine that originated in Japan (cooked rice with raw fish, vegetables, or other seafood)

Yakizakana is a Japanese word that means “t he way of the (cooked whole fish)

Until the Europeans arrived, the Japanese did not consume meat. The most popular meal was fish.

Nikujaga, beef, potatoes, and carrots cooked in a mentuyu-based sauce

Most students in Japan are required to wear school uniforms, as shown in the image of primary school students. School holidays in Japan are substantially shorter than in most western countries, and many Japanese students attend school for club activities or supplementary courses even on weekends and holidays.

The cherry blossom season and spring flower season are two of the most popular festivals in Japan. The Gion Matsuri, which takes place in July in Kyoto, is a traditional kimono-wearing festival. Japan is just filled with so many things to do for kids and lots of interesting facts. 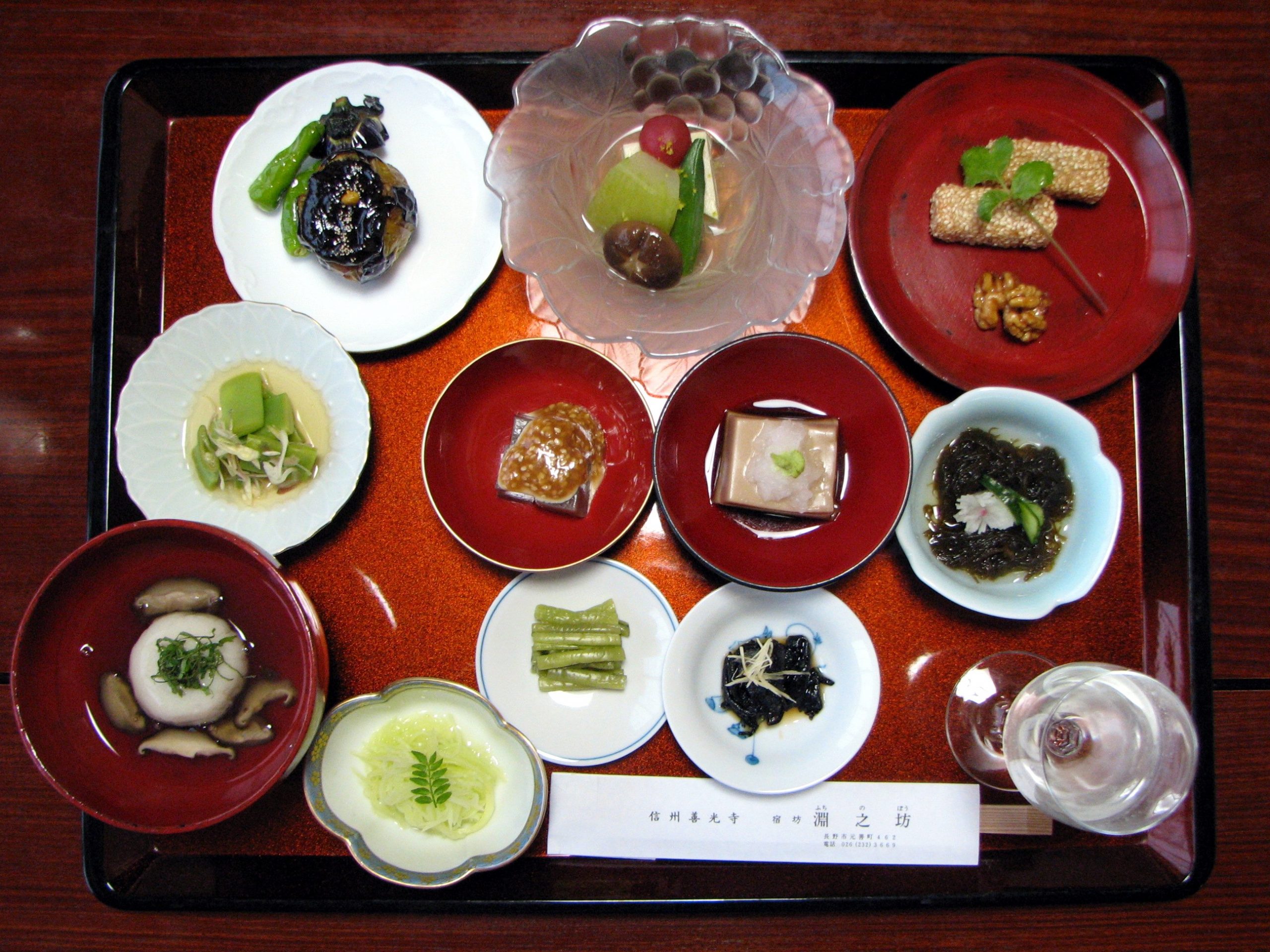 Why Is The Japanese Diet So Healthy?

The Japanese diet is mostly fresh and unprocessed, and involves minimal refined sugar or processed foods.

According to a study published in the British Medical Journal, people who followed the Japanese dietary guidelines — a diet rich in grains and vegetables with modest amounts of animal products and soy but little dairy and fruit – had a lower chance of dying young from heart disease or stroke. Their day-to-day diet, which is strong in soy and seafood, may potentially play a role in lowering cardiovascular disease risk. The Japanese have the lowest obesity rates among men and women, as well as the longest life expectancy.

The Diet Helps You To Age Better

Okinawa, in southern Japan, has the world’s largest number of centenarians and the lowest rate of age-related disorders (such as diabetes, cancer, arthritis, and Alzheimer’s disease). This has been ascribed in part to their traditional Japanese diet, which is low in c alories and saturated fat but abundant in minerals, particularly phytonutrients like antioxidants and flavonoids, which are present in various colored vegetables. Phytoestrogens, or plant-based estrogens, are another type of phytoestrogen that may help protect against hormone-dependent malignancies like breast cancer. Dietary changes influenced by western culture, which have been observed in more metropolitan Japan, have had little impact on the Okinawan people’s diet.

The manner in which the Japanese serve their cuisine is also important. They normally eat from a tiny bowl and several various dishes, usually a bowl of rice, a bowl of miso, some fish or meat, and then two or three vegetable dishes, which are often offered communally and rotated. When it comes to treats and snacks, the Japanese believe in ‘flexible restraint,’ enjoying them on occasion but in smaller doses. 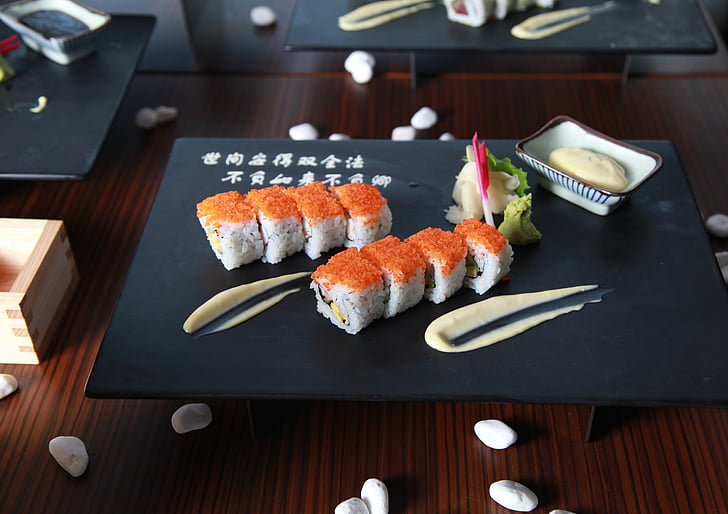 Yoshiaki Shiraishi, who came up with the idea of the conveyor belt sushi bar after witnessing beer bottles on a conveyor belt at a brewery, launched his first restaurant In 1958, he launched this restaurant in Osaka, using a conveyor belt to transport sushi dishes to diners. This is when Sushi became a traditional Japanese dish.

Traditionally, nigiri sushi is served in pairs. Nobody knows why, but there are two theories: one is that nigiri sushi used to be considerably larger, similar to an onigiri rice ball, but that it was divided in half for speedy eating at street vendors. Another hypothesis is that Japa nese sushi chefs and diners like symmetry in pairs because it is more aesthetically pleasing.

The poison tetrodotoxin is found in Fugu, a Japanese pufferfish. To remove the potentially lethal organs, Fugu chefs must be certified. Despite the dangers, Japan consumes roughly 10,000 tons of fugu each year as a winter delicacy. Certain dishes have become traditional over the years, these tend to be them popular dishes you all get together to eat as a family. Traditional Japanese food will always be served as a treat rather than a typical dish. 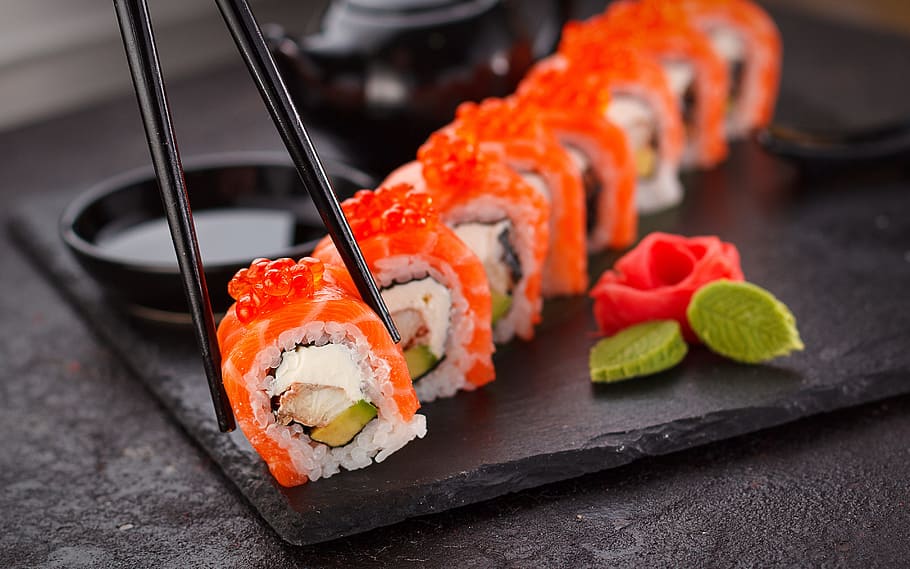 It is vital to first grasp the history of traditional sushi before attempting to shape its future. One difference between how sushi is served in Japan and America becomes almost painfully clear after a few moments of observation. The noru (seaweed) wrapped around the rice around the fish is eaten in Japan with the maki (roll).

East vs. West is a battle between the two sides of the Atlantic Ocean.

Japanese sushi, purists may argue, should be treated similarly to French champagne or Kentucky bourbon. Sushi should only be classified as such if it is prepared in Japanes e restaurants by chefs who have spent years studying the craft.

While there are differences in preparation approaches and training in Japan and elsewhere, we believe the ultimate result is the most important factor. Chefs with traditional expertise haven’t stopped him from inventing new ways to make delectable sushi.

In Japan, the term “sushi bar” means something quite different than it does in the United States. It has a local bar feel to it in Japan. The cooks make jokes with regulars and give up ever-larger portions of fish in a progression, along with a few thoughtful suggestions for where to go next. 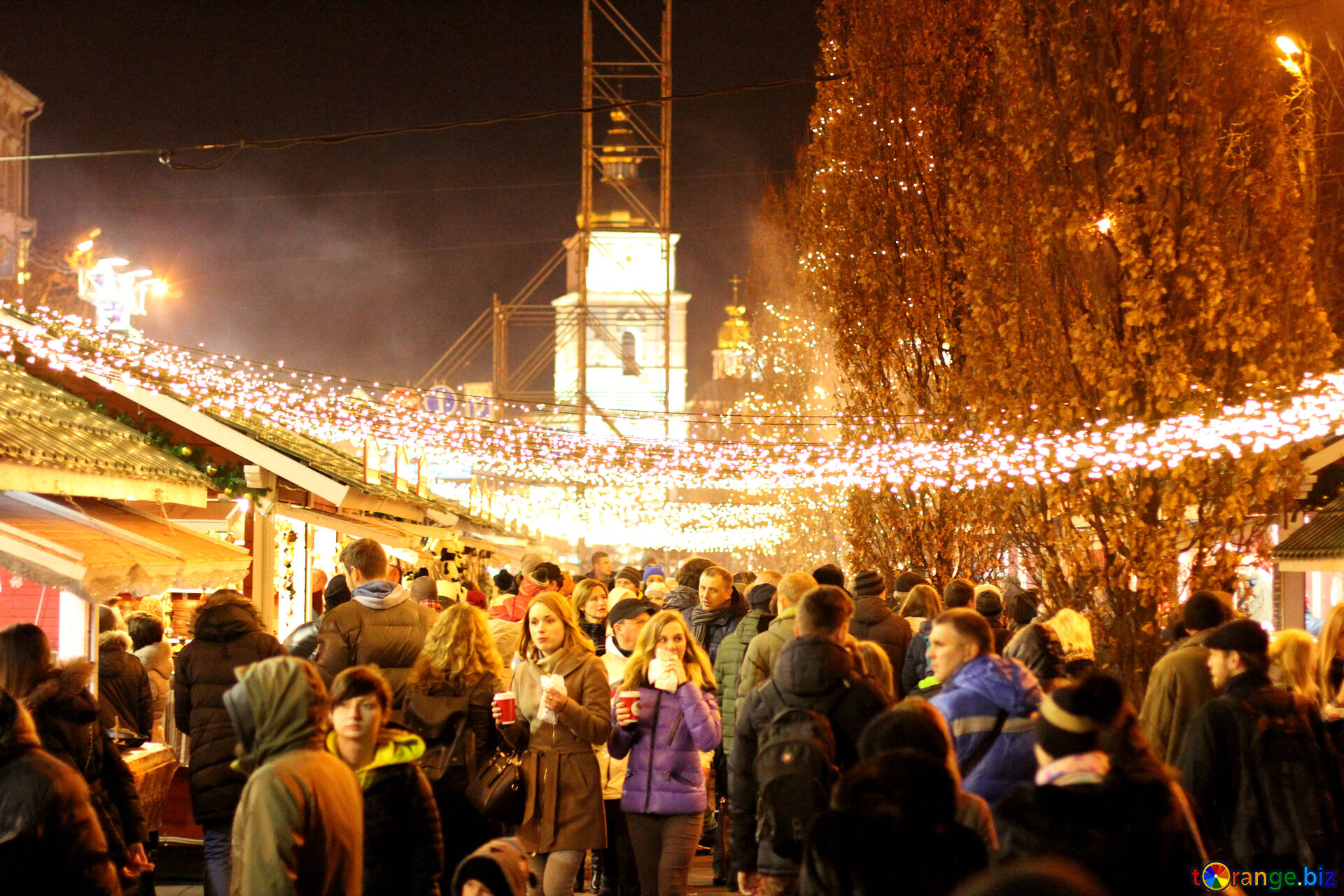 When it comes to Christmas parties, people prefer to keep things simple but memorable. You’ve come to the perfect location if you’re planning a Japanese-themed party!

Consider a self-serve sushi bar, communal sukiyaki, and Izakaya-inspired cuisine. This book will teach you all you need to know about throwing a Japanese-themed party, including how to arrange a menu, snack ideas, décor, games, and entertainment.

It’s all about sharing and celebrating a little bit of culture with friends and family and savouring the small moments. We hope this has sparked some ideas for you!

How to Throw a Japanese-Themed Get-Together

At a Japanese-themed party, good food is essential, so let’s start with the menu!

Below is a list to simplified the notion in order to make your job as the host a lot easier. You can mix and match the menu it ems or stick to one main theme, it is totally up to you, but when in Japan make sure to ask the locals about different party types as well.

Party for a Japanese Movie Night

Delicious tiny snacks and grilled meals will bring the vibes of a Japanese gastropub to your home! The Izakaya theme is one of our favourites because it can be done both indoors and outside.

Some go-to izakaya-themed party meals include:

Make sure there’s plenty of Japanese beer for everyone!

If you’re searching for anything else than balloons and crepe paper streamers for your child’s birthday celebration, Japan has plenty of options. At The Children’s Museum, having fun and making art go hand in hand.

The Children’s Museums in Japan have long been a hub for innovative learning that encourages children to look and touch. The honoured guest and their guests can explore the interactive displays with the help of a Museum Party Pal.

Do you want to throw your kids a birthday party they’ll remember? Pinball PA in Hopewell includes over 400 pinball machines and video games Children and their pals can do more than simply make a mess at Snapology. The company, which was founded by two sisters in Japan and now has over 70 sites in six countries, allows guests to experience STEM/STEAM concepts utilizing LEGO bricks, K’Ne, robots, and other hands-on components that will make children feel like scientists and engineers.

The Neville Roller Drome, which has been a mainstay on the island for more than 70 years, is a terrific spot to have some old-fashioned fun.